Rayanne Frizzell’s passion for agriculture and helping others shines through all she does. Her love for agriculture blossomed from being an active 4H’er at a young age and attending DAL Agriculture Campus, which was just outside of her hometown in Nova Scotia. While at school, she met her husband who is an Island dairy farmer, and it was not long after she graduated university when she moved to PEI and started working for Old Home Week, where she worked for 12 years and now she is working for 4H PEI. Rayanne, her husband Chris, and their 3 young children currently reside on their 3rd generation dairy farm in Glen Valley, PEI, where they milk 260 registered holsteins. She was recently awarded DAL AC Alumni Volunteer of the Year award. Rayanne has very little free time, but when she does she spends it giving back to her community, the AG industry, and her children’s involvements.

What does your job entail?

My role at 4H is the Office General Manager, so I manage the staff, and make sure that they have all the tools they need, and I am also in charge of the policy and board governance, and really all the behind the scenes stuff that takes place in the organization. My job is a lot more management than actual hands on work.

How long have you been involved in agriculture\food industry on PEI?

I grew up in Nova Scotia, and I moved to PEI in the spring of 2004. My first position on the Island in agriculture, was with Old Home Week and I was the General Manager of Old Home Week until 2015.

What is your education/experience prior to entering your current job?

I went NSAC, now Dalhousie Agriculture Campus, in Truro. I graduated with a Bachelor of Science with a major in Agricultural Business. I did not grow up on a farm and wasn’t really involved with Agriculture at all as a child until I was 9 and became a 4H member and that was my first lead into the industry. I grew up in rural Nova Scotia, and there were farms all around me, and we had horses. Then when I graduated high school, I wasn’t sure where I was going to go for post secondary, and the AC is referred to a “4H retirement home”. For me AC was a school filled with people with common interests as myself, so it was the most logical decision.

Are you involved in any extracurricular or community activities?

I am immensely involved in agriculture education, and that has really become my passion. It is all about getting farmers to tell their stories. The biggest piece that I do for fun is the Atlantic Farm Women’s Conference, I started the conference in 2012 with a fellow AC grad Amy Bysterveldt. It is a conference that runs every 18 months, for women that are involved at any level of the Agriculture Industry. The goal is to empower them and educate them to go back to their communities, whether it is on their farms, businesses, or organizations; we try to give these women the tools to promote themselves, improve their personal life, but also the agriculture industry. That is the big piece that I have taken on, it really created a whole network of women within Atlantic Canada that are involved in Agriculture.

Then I am involved with some other events like Open Farm Day. Open Farm Day works with the PEI Agriculture Awareness Committee, PEI Dairy Youth Trust, and ADL. We do a Grade 3 tour, which is taking Grade 3 students out to farms, in total we have taken about 1,200 students over the past 3 years, and this is a completely free trip for them. I find this really eye opening because there are some kids that come on our tour, and they do not realize that potatoes grow in the ground; and these are kids from rural PEI; then you stop and think if this is happening here, what do the kids know that come from bigger cities like Toronto. I think that the younger we can reach these kids and teach them about their food, the better off the agriculture industry will be.

I also helped organize the “Dairy Blue Christmas” initiative this past year with Deanna Doctor, and it is about consumer education and creating the opportunity for farmers to talk to consumers. So we got dairy farmers to serve milk and cookies to the public, and the farmers were able to be there with their families and giving the milk that they produced to the public. Farmers need to be telling their stories and communicating to consumers, because a lot of people have lost that producers-consumer connection.

Since we live a dairy farm we do consume a lot of dairy, but especially this time of year I would say my favourite way to consume dairy products would be at the dairy bars, ice cream. I love the dairy bars, because in Nova Scotia we really don’t have a lot of them like we do on PEI. I think it is so fun a great treat to go for a drive and get ice cream.

When you were a kid, what did you want to do when you grew up?

What would you want consumers to know about your business and the agriculture/food industry?

I think that there a disconnect right now between consumers and farmers, but I don’t know if consumers realize that farmers produce your food to feed you but they are also feeding their own families and communities with that same food. There is a lot of people who think that farmers are doing bad things, they are spraying chemicals, they are creating a product that is not healthy for me. But they are feeding that to their family, so they wouldn’t give something to you that they wouldn’t give to their family. It is not all about the almighty dollar. It is that understanding that farmers do the best they can with what they know and what they have. They are doing it for you as a consumer but also for their family. It would be very hypocritical of a farmer to produce a crop and not consume it themselves, and I do not know a single farmer who would do that. Consumers need to think that if it is good enough for their farmer it is good enough for mine too. Consumers need to be asking the farmers their questions for a credible, honest answer, instead of always relying on google to give you the truth.

Why do you do what you do?

For me it is about giving back, to an organization that gave me so much. As far as my job goes, what 4H does for communities and kids makes it all worth it.

And as far as all the volunteer work that I do, I just feel that it is very important, the more that people in the ag industry can communicate to share and celebrate what they are doing the better it will be for the future generations. I think farmers and people in the Ag industry tend to be humble, and just to their own thing and think that they don’t need to be recognized and celebrated, but it is no different than any other profession, so we should be recognizing them for the great things that they are doing. The more that we share what they are doing and get them out telling their stories the better it is for the future of agriculture and building that producer/ consumer relationship. I do have a fear of what will happen in 20 or 40 years time, if we don’t tell our stories now, what will happen to the agriculture industry? If we can’t get to those kids and educate them a little bit now before they become the consumers. It will just become a harder battle with trying to get the truth out there and correct all the misconceptions.

We did a high school farm tour one time, and the farm that we went to it was a younger farmer giving the tour, and I thanked him for doing and it and having us, and he said

“You know when you called there is a lot of things on the go, and I probably do not have time to do this today but you know what I had to do it. I told my father that I was doing it and he replied with why are you doing that, and I said well dad to be honest I’m doing this because you didn’t do it” He said “Dad never gave tours or did any promotion or education” But his father would never have needed to because at that time 25-30 years ago most people had connections to farms. So you didn’t have to offer the school tours, cause a good chunk of the classes probably had farms. He also said “I can see it that these kids don’t have a clue what is going on, so until the farmers step up and take that opportunity to share the story and tell the truth behind what is happening, that is the only way we can get to these kids.”

Back to Faces of PEI 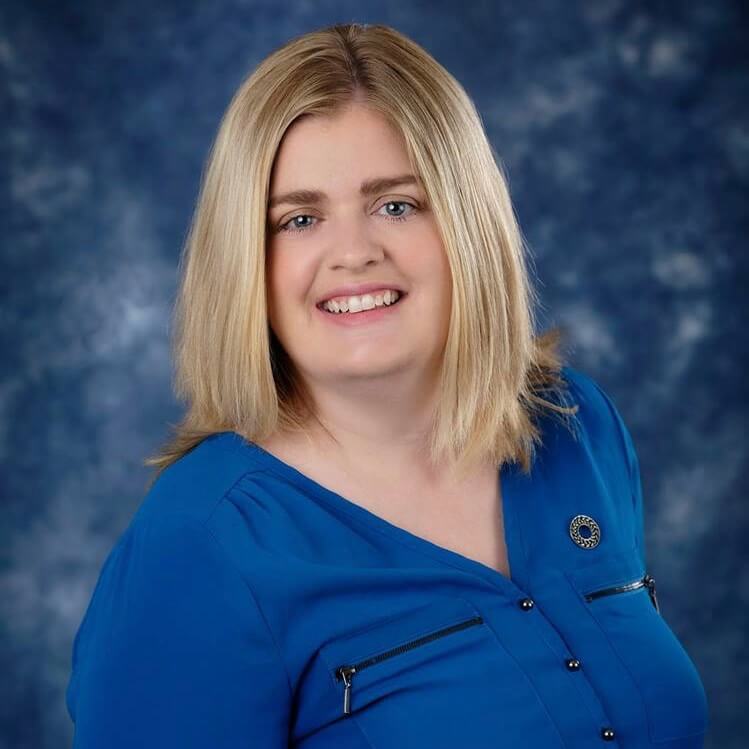 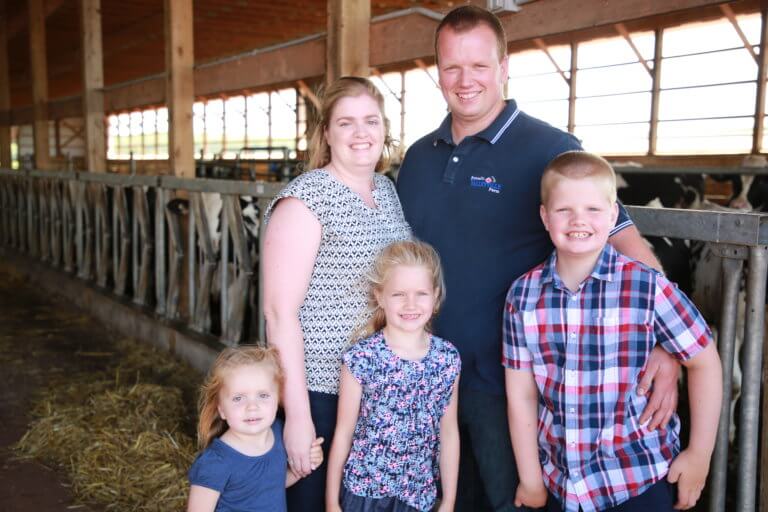 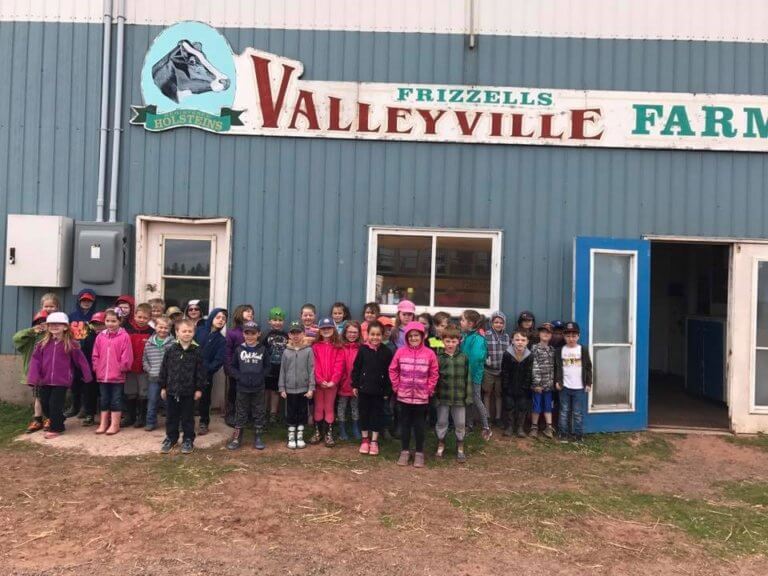 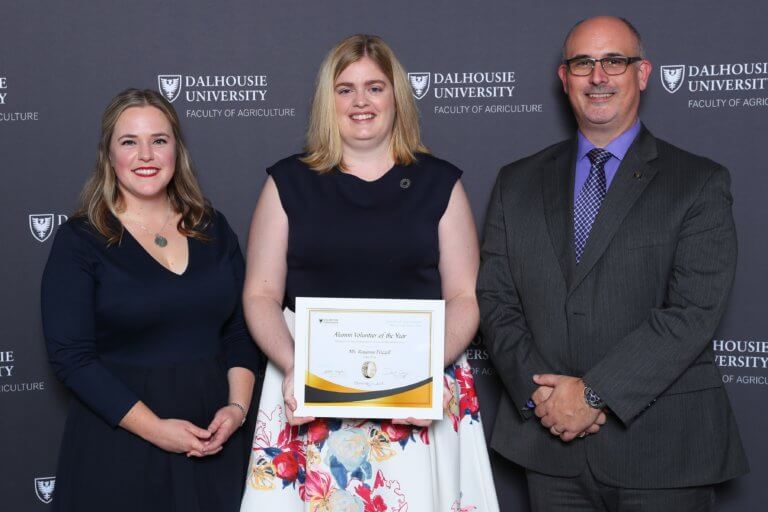 Copyright © 2023 Farm and Food Care PEI. Made With ♥ by Lake Design